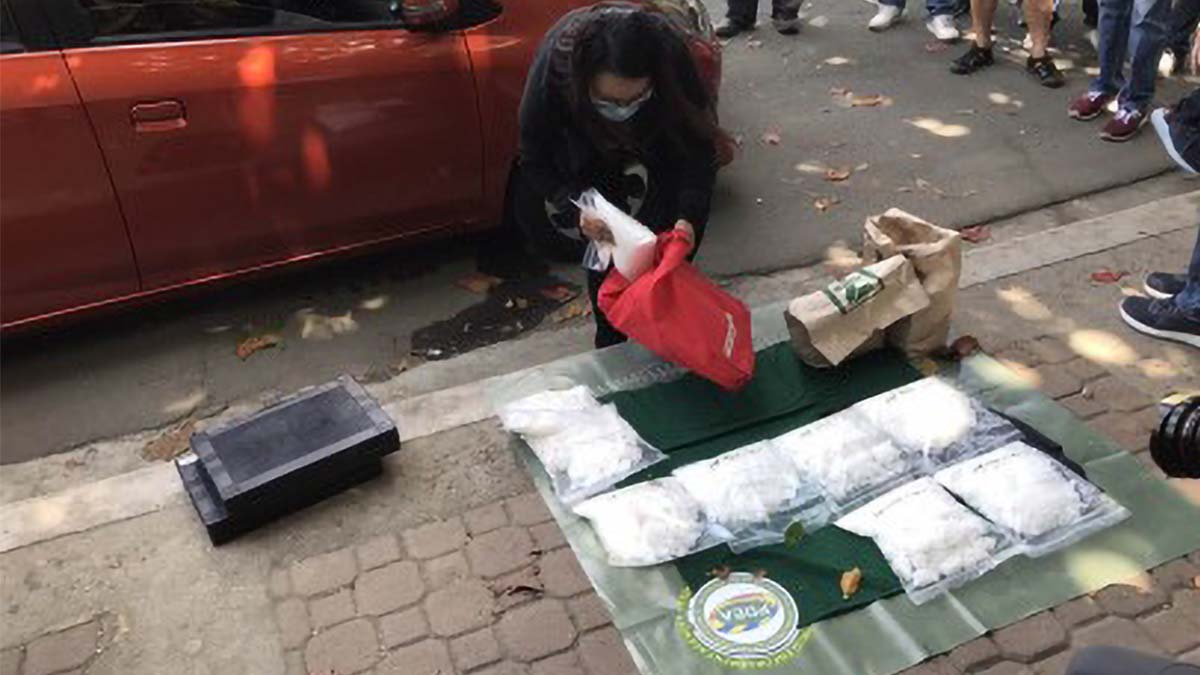 The suspects, who were put under surveillance for three months, were arrested beside the Amoranto Sports Complex along Don Alejandro Roces Avenue at around 10 a.m.

Seized from suspects were 10 kilograms of shabu placed in ziplock bags and an orange Toyota Wigo with conduction sticker number P1J 227.

The suspects and are now under PDEA custody while the recovered pieces of evidence will be turned over to the PNP Crime Laboratory Office for technical examination.

Charges for violation of Section 5 and 11, Article II of the Republic Act 9165 or the Comprehensive Dangerous Drugs Act of 2022 will be filed against the suspects. Christopher Lloyd Caliwan / PNA – northboundasia.com