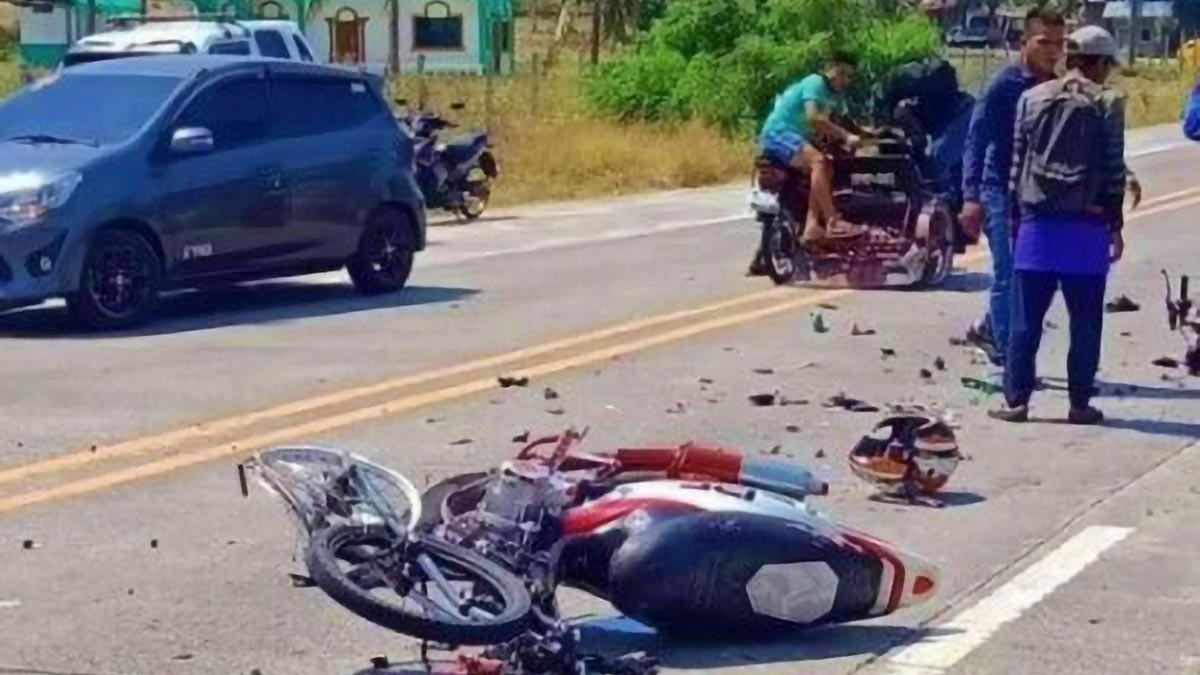 COTABATO CITY — Two persons, including a high school student, died while another was injured as two motorcycles collided head-on along the section of the national highway Datu Odin Sinsuat, Maguindanao on Wednesday afternoon.

Injured was Abdulfatah Panalangin, a friend and back-rider of Udzag.

“The two motorbikes were cruising on opposite directions in Barangay Bitu, Datu Odin Sinsuat when the collision occurred around 1:30 p.m.,” Macmod said.

Quoting witnesses, the police official said Udzag attempted to overtake a passenger vehicle but was too late to notice Dago who was speeding in the opposite direction on his way to attend his afternoon classes at the CCNHS here.

“Dago died on the spot while Udzag was declared dead on arrival at the hospital where he was brought,” Macmod said.

Macmod said they would propose before the Datu Odin Sinsuat town council to put a speed limit along the highway connecting the municipality to Cotabato City to prevent similar accidents in the future.

More than a dozen accidents were reported in the particular section of the highway since January this year.  Noel Punzalan /PNA – northboundasia.com